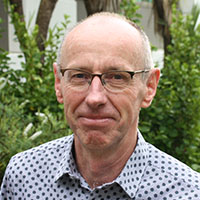 He currently chairs the OSPRI Stakeholders’ Council and the Better Border Biosecurity research collaboration, and is co-Chair for Biosecurity 2025.

He is also a Board member for Hawkes Bay Biodiversity Foundation.

He has previously consulted on strategy and innovation matters for government, tertiary education and industry bodies.

James has extensive, senior experience in the New Zealand Government, including 11 years in chief executive roles — Department of Labour (2003-2007) and Ministry of Research, Science and Technology (1996-2003).

He is a graduate of Lincoln College (University of Canterbury), earned his PhD (in plant physiology) at the University of London, and earlier in his career was a scientist with MAF and then HortResearch.