Better Border Biosecurity (B3) has announced $1.6 million in funding for new research projects, in a process that for the first time involved engagement with Biological Heritage National Science Challenge leaders.

The ten newly-funded biosecurity-related projects include those with a focus on partnering with Māori, new threats to productive and natural systems, new technology platforms, and building on successful previous research projects. See the new projects.

This year, after being reviewed by B3’s Science Advisory Group, projects were discussed with a number of other relevant organisations – including New Zealand’s Biological Heritage National Science Challenge and a prominent Māori biosecurity researcher – to ensure research synergies and best use of funds. 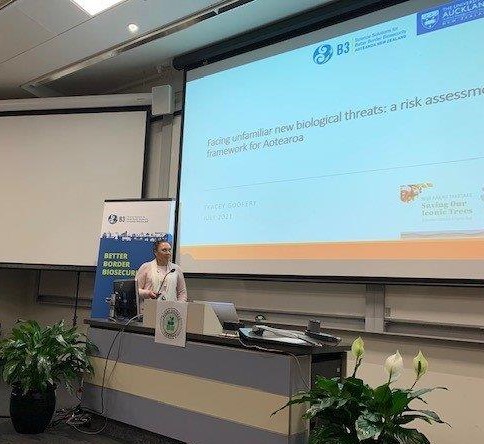 B3 supports emerging coming together of tomorrow’s biosecurity experts

A Biological Heritage PhD student was among those supported by Better Border Biosecurity (B3) to meet other emerging talents and share their work at a recent plant conference.