It was a busy season for gardeners, trampers, scientists, and myrtle rust this past summer. There were many new observations of the fungal disease affecting the country’s Myrtaceae plant species thanks to keen New Zealanders out and about recording sightings of disease symptoms.

Between 1 November 2020 and 10 June 2021, New Zealanders reported 561 new observations of myrtle rust (and 2,507 records of Myrtaceae plants) using iNaturalist. This is an increase on the 204 observations of myrtle rust made during the same period for the previous season. The increase could be a result of more people looking for myrtle rust and making reports – and does not necessarily mean that Austropuccinia psidii, the fungus causing the disease, has rapidly spread. Most of these reports were made in the North Island, and primarily in well populated areas, with the northernmost observation made in Taipa, Northland on a young pōhutukawa (Metrosideros excelsa).

Researcher Rebecca Campbell, who works in the plant pathology team and with geospatial analytics at Plant & Food Research, has been using these sightings, to build maps showing the known distribution of the windborne disease.

Significant records from this season include one sighting recorded in Hastings, and another in Havelock North (both Lophomyrtus). This was the first time myrtle rust had been reported in the Hawke’s Bay bioregion.

There were several reports of myrtle rust in the Waitakere Ranges Regional Park, mostly seen on the highly susceptible ramarama (Lophomyrtus bullata). Media interest early this year, following the first observation within the park, reflected the importance of the Waitakere Ranges to Aucklanders.

There were also a handful of reports (50) made in the South Island. All South Island reports were from around Nelson, Tasman, and Marlborough, with the notable exception of new records for Christchurch. Most significantly, myrtle rust was spotted on a mature hedge of a ramarama cultivar in Christchurch in April. This marks the first report of the deadly disease on a host that was not newly planted in the region. Given colder temperatures slow down rust development and therefore symptom visibility, we’ll know more about the extent of myrtle rust in Christchurch next summer.

Host plant identity was not always recorded, however there remains a large predominance of ramarama (Lophomyrtus and hybrids) infection along with lilly pilly (Syzygium) records, followed by a number of pōhutukawa infection records, and small numbers of rata and swamp maire.

Campbell, in conjunction with Suliana Teasdale and Peter Bradshaw from DOC, has combined historic data from sources such as city councils, botanic gardens, MPI, DOC and Plant & Food Research with iNaturalist records, to build a database of surveillance records over time, including important metadata. These data have been presented in an interactive map to show where the disease was (and is) being reported. To view the interactive map, click here. Recent iNaturalist data have been used to build the static map above.

If you would like to contribute your own observations of myrtle rust, you can do so on the iNaturalist website. Please record the host plant if you know it. If you’re not sure how to identify Myrtaceae, check out our Myrtaceae Key. 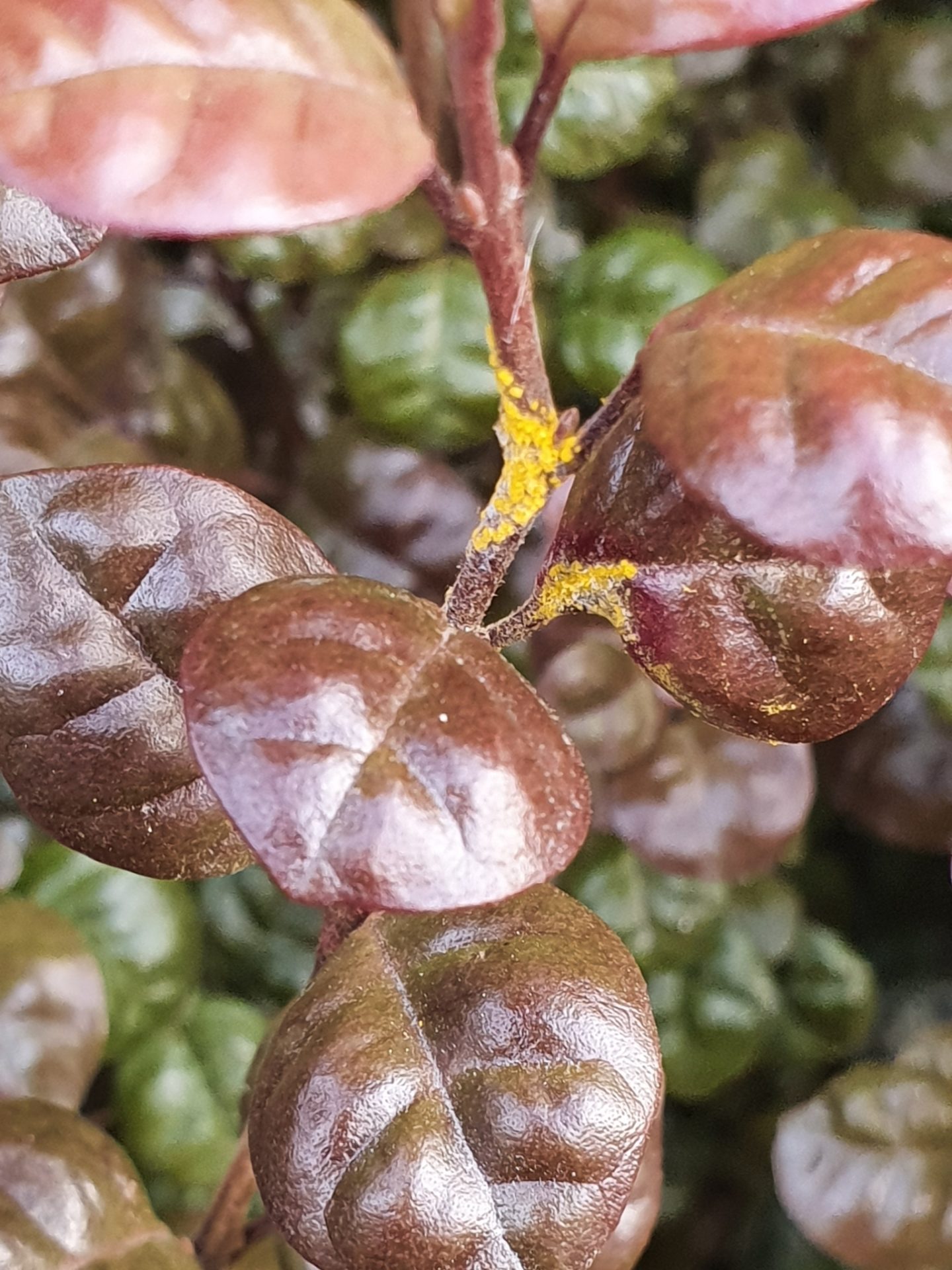