Researchers at Scion and Plant & Food Research investigated how susceptible to myrtle rust six species are in the field - here's what they found.

Determining the relative susceptibility to a new pathogen like A. psidii is important to predict the long-term ecological impact of myrtle rust and to adapt management strategies.

Currently, knowledge of the susceptibility of most New Zealand Myrtaceae is restricted to resistance screening performed under artificial inoculation, and to surveillance data collected during the incursion response. Without baseline information about the susceptibility of native Myrtaceae to A. psidii under natural conditions, it is impossible to predict the impacts the pathogen could have on wider ecosystems.

The seedlings used in the plots came from the same seed families previously tested for susceptibility in the lab, which allows an assessment of the real-world relevance of artificial resistance screening. Regular assessments of the seedlings were conducted to measure the impact on the health and growth of each species.

While only established at the end of 2019, the team has made several important observations.

Severe myrtle rust developed on both pōhutukawa and ramarama, which fits with the results found from artificial inoculations. Almost no resistance was found for both these species in the field.

While rōhutu seedlings did not establish very well in the trial, data clearly show that this species is susceptible to the disease under natural conditions.

The exotic species rose apple was also highly infected, which fits with international observations that this species is very susceptible to A. psidii.

No myrtle rust symptoms have developed on kānuka or mānuka, despite these species being shown to be susceptible in controlled artificial inoculation experiments.

It is critical to keep monitoring these species over several seasons to accurately quantify the impacts of myrtle rust.

Further Myrtaceae species should be included in these type of trials, including representatives of the rātā group (Metrosideros bartletii, M. diffusa, M. fulgens, M. perforata, M. robusta) and Syzygium (S. maire, S. australe), for which little or no information about the relative susceptibility to myrtle rust is available. Other sites should also be included to evenly represent natural New Zealand conditions.

This work was funded by the New Zealand Ministry for Business, Innovation and Employment (MBIE) through the initial Ngā Rākau Taketake surge investment and Scion’s Science Strategic Investment Fund. It built on previous work funded by the MBIE Catalyst fund, the Ministry for Primary Industries, BioHeritage National Science Challenge and Better Border Biosecurity (B3). 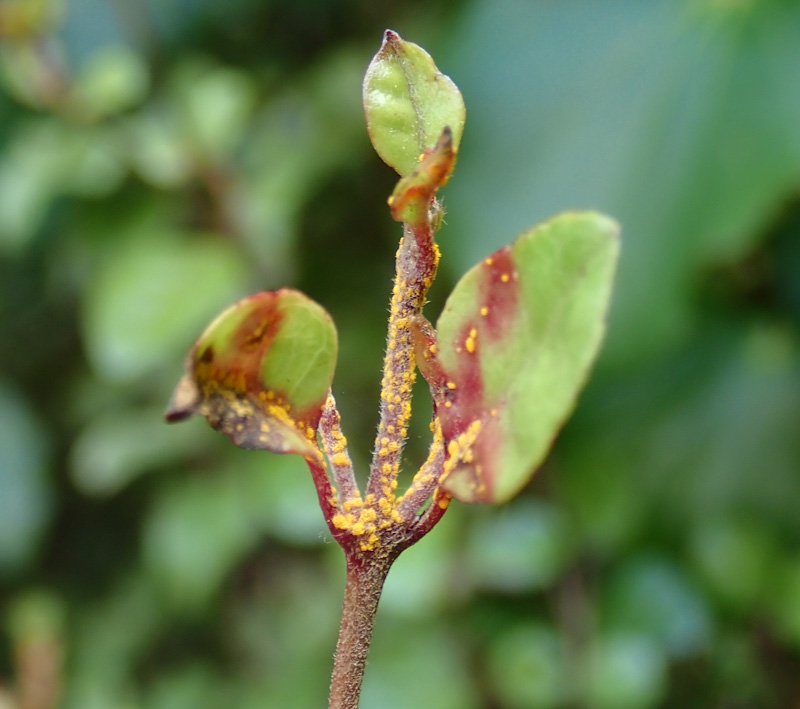 The team at Scion didn’t stop for long over the Christmas break – this is their latest news about myrtle rust infections at selected monitoring sites in the North Island. 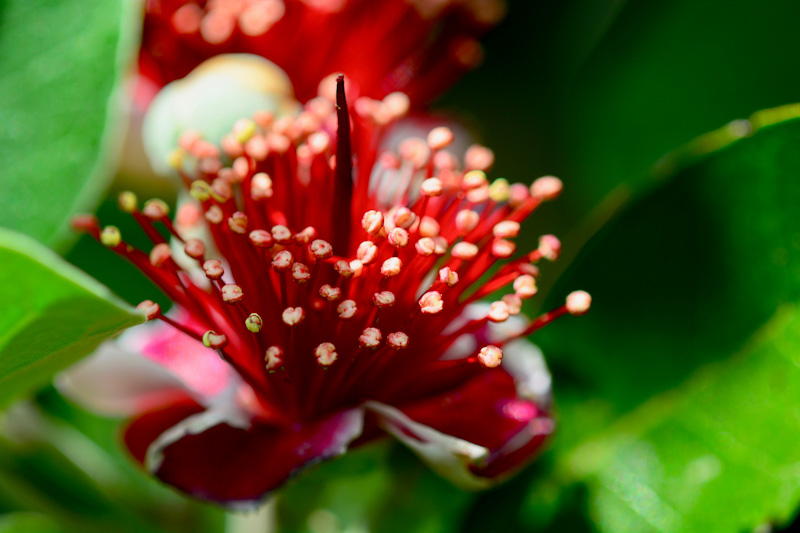 A study has just been published containing new evidence that Austropuccinia psidii, the fungus that causes myrtle rust, is reproducing sexually in New Zealand in addition to cloning itself. 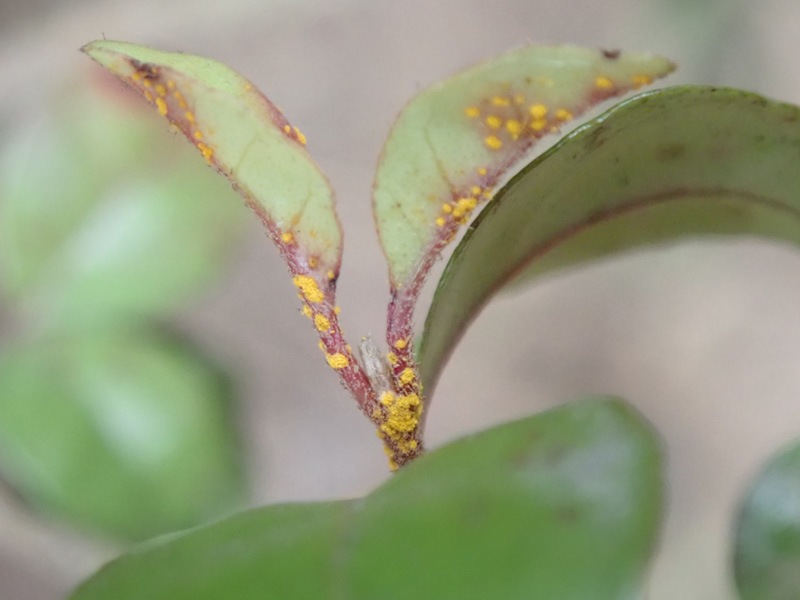 Over the 2019/2020 field season myrtle rust disease occurrence and severity was recorded fortnightly at two field sites in the Rotorua district. Here’s what they found.