Māori solutions to biosecurity threats may be the key to combating the serious fungal disease myrtle rust.

This BioHeritage Challenge project, led by Alby Marsh of Plant & Food Research, is upskilling young and emerging Māori scientists in the pathology and potential impacts of the disease in order to protect taonga (treasured) species of cultural and economic significance to Māori.

The project team is using myrtle rust as a case study for their research which combines contemporary science with mātauranga (Māori knowledge) to develop a Māori community response to fight the spread of myrtle rust. Over generations, Māori have developed cultural practices and methods to mitigate risks and threats from pests, weeds and pathogens.

Māori communities have identified seed-banking – effectively an insurance policy against the extinction of taonga plants – as central to protecting Aotearoa from threats such as myrtle rust.

The project team has collaborated with Te Tira Whakamātaki (the Māori Biosecurity Network) and researchers at England’s Millennium Seed Bank to leverage international expertise in seed-banking and provide culturally appropriate seed-banking options for use in myrtle rust-affected areas.

Seed-banking drum kits have been distributed to communities, enabling them to collect, dry and store seeds from local taonga plants.

Research is underway into how indigenous knowledge is being used to help manage myrtle rust in the Pacific, with a dedicated researcher in place as part of a collaboration with Massey University.

In further international research, host-range testing of taonga Myrtaceae species has begun in a new collaboration between members of this project team based at Scion, and FABI (Forestry and Agricultural Biotechnology Institute) at the University of Pretoria, South Africa.

This project contributes toward BioHeritage’s goal of creating a world-class biosecurity system for Aotearoa.

BioHeritage’s role is to break down barriers between organisations and individual scientists by coordinating and focusing the research of top scientists from our 18 Challenge Parties. This project is being driven by Challenge Party Plant and Food Research, working closely with iwi from around New Zealand. 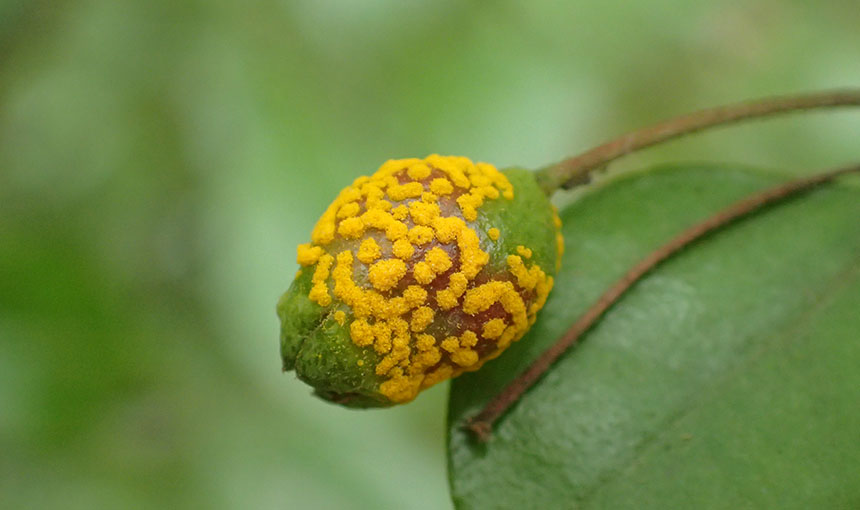 The synergy of mātauranga Māori, Western science and storytelling through art was front and centre at a this wānanga in Northland.